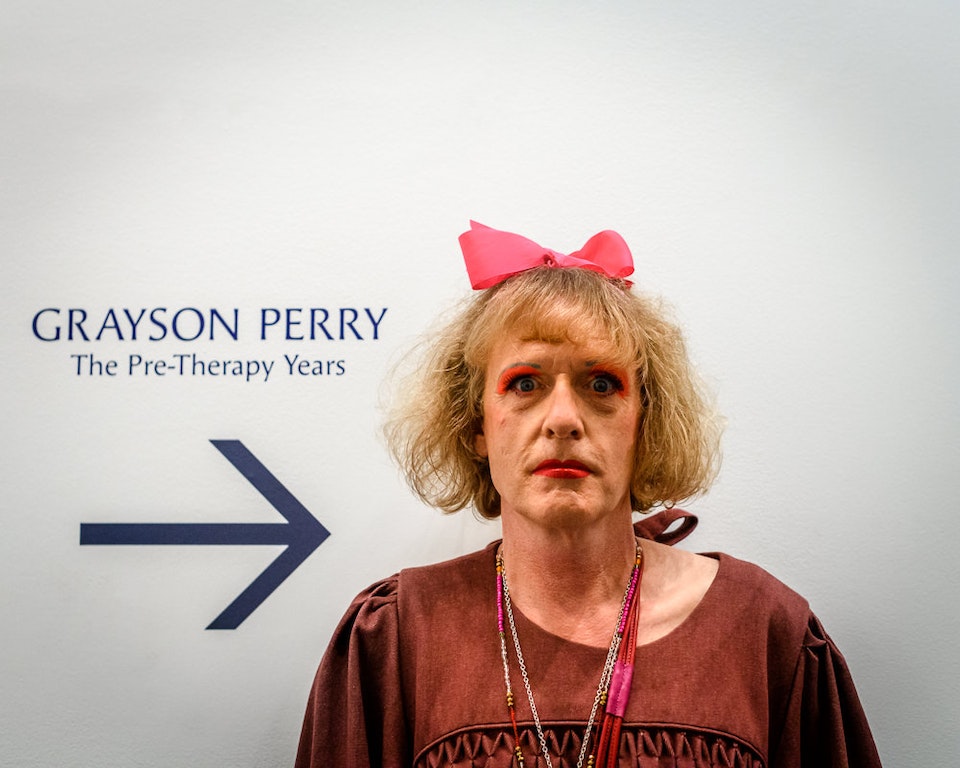 Grayson Perry visited the Sainsbury Centre for the private view of his delayed exhibition 'The Pre-Therapy Years' which shows his early years and development via film moving to his now familiar 'scenic story' telling ceramics. The show was originally slated for January this year even though it was built on the Mezzanine it was halted due to the lockdown and never seen. After eventually going to York it finally arrived back and can now be seen at last. I managed to get his portrait in front of the entrance logo with the arrow pointing at him. He was great and very friendly to everybody with his distinctive laugh. The exhibition details are here.

©2022 Andy Crouch. All rights reserved. No part of this website may be reproduced without permission.