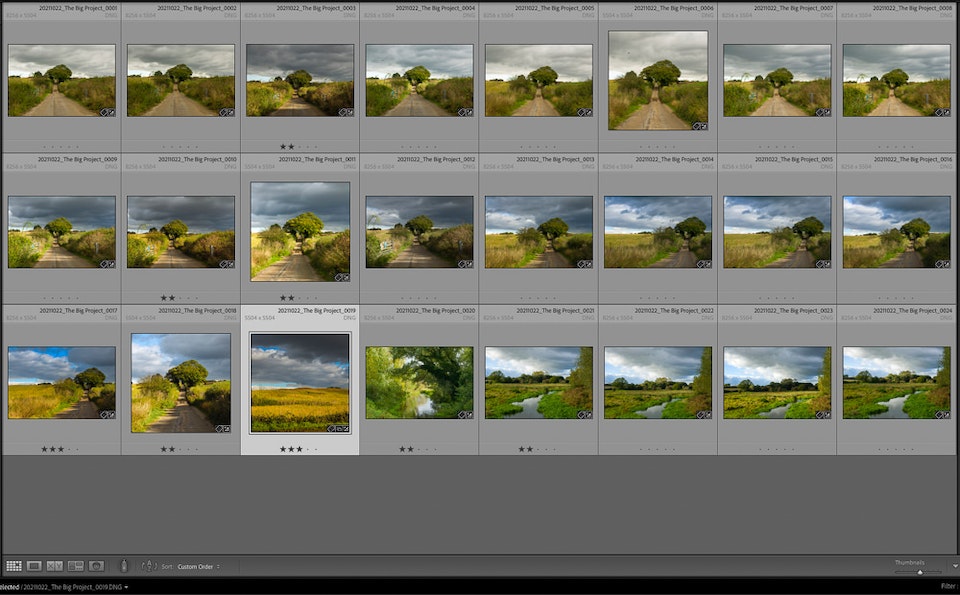 Recently I've been looking at trying to expand my ideas of seeing Norwich so I've been attracted to the more pastoral side of the countryside areas on the edges of the City. The other day I photographed a road in Norwich which was completely overgrown with greenery and I liked the 'simple' view of the road and trees etc so when I noticed a scene off the Ipswich Rd, a few days previously, I had to return (by bike) and hoped the weather would be good for a photograph. The skies were fantastic with a mixture of black storm clouds and blue skies coming from the east. I've placed a screen shot (above) of the files then the one I picked and that was only one shot from the side of the road.

©2022 Andy Crouch. All rights reserved. No part of this website may be reproduced without permission.